David Thomas graduated from Glasgow School of Art in 1962, where he became increasingly fascinated by, and drawn to, film and photography. He has worked as a freelance photographer, taking on advertising, portrait and fashion work, in addition to his own personal documentary pictures. David taught at Leeds College of Art and Cleveland College of Art & Design, which he said gave him “the ability to explore the North and North East of England… so began a period of working extensively in the rich visual territory of industrial Yorkshire and the North East.”

David’s first major regional exhibition in the North East was at Darlington Arts Centre titled ‘Ramshackles’ in 1986/87, which has since toured many venues in the UK, including Side Gallery. He has continued to work around the themes of people and landscape and currently teaches part-time at Darlington Arts Centre, where he is a member of the Media Group there. A book, ‘Alternative Landscape’ is in production and will be published later this year.

I have called this collection of pictures ‘alternative’ because I don’t believe my images of the landscape conform to the classic notion of what landscape photography should be. That could be described as pictures of mountains, fields, rivers etc photographed on large-format cameras with fine-grain film, showing breathtaking fine detail, and conforming to classical compositions.

My approach is not accidental, I like to reconstruct the landscapes I find, in the camera, to produce almost abstract shapes and forms within the viewfinder. None of these images have been cropped. I also include in ‘landscape’ aspects of urban/industrial scenarios and the sea. For me landscape is everything that surrounds us, and all of that represents ways in which we relate to the world. 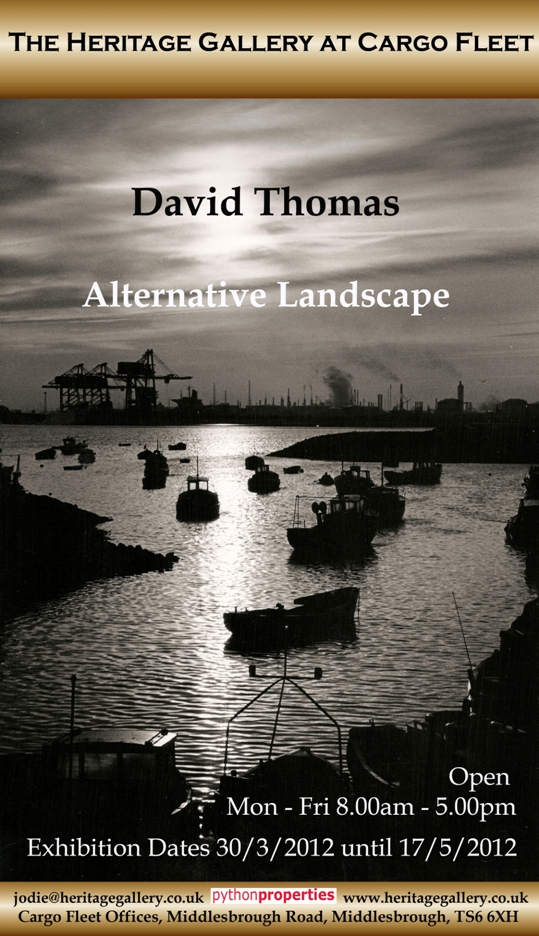