Frank Briffa’s exhibition launched with a Preview Evening on Friday 11th September 2015.
Frank Briffa’s paintings have developed strong links with music and perhaps unusually for a painter, one of Frank’s main (conscious) influences is not another painter but a composer – the American, Charles Ives (1874-1954). At a time when musical taste in America was very conservative, Ives (who studied music at Yale University) was experimenting with advanced techniques such as the use of polyrhythms, simultaneous use of different keys and quartertones. He produced very complex, beautiful, wild and exciting sound worlds which have acted as a model for Frank.

“Links already exist between music and the visual arts – there is a shared vocabulary, for example, composition, colour, texture, tonality, chromaticism.
In my paintings I am not primarily trying to illustrate anything but rather trying to find pictorial equivalents to the musical language of a particular piece, although figurative elements do creep into some of the paintings.

The music must have some degree of complexity in terms of counterpoint and harmonic progression before it suggests imagery. A piece of music will also suggest colour to me, and its structure or architecture will give ideas about composition (in the pictorial sense), the rest is to do with whatever effect a piece has had on a subconscious level.”

The paintings selected for this exhibition all have their origins in specific musical works – some are a response to an entire piece while others are based on a short passage within the work.

Parking and Entry are FREE 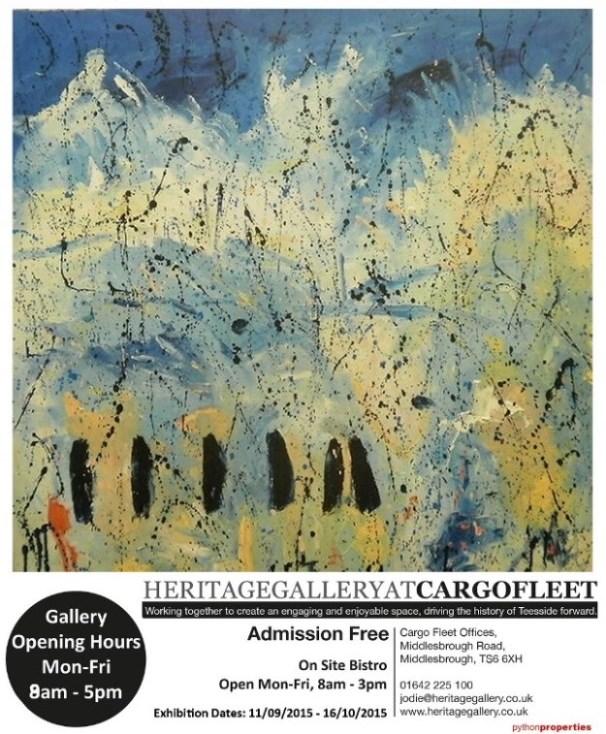