Greg Marshall’s photographs were taken at Smith’s Docks in the summer of 1980, as part of his final year degree (in Graphic Design). They were previously exhibited at Coventry University as part of the assessment for his degree between 2nd to 13th March 1981.

Greg, originally raised in Surrey Street, South Bank until the age of 3, then Redcar until 19, explains, “The subject matter was familiar to me, The yard had always been a significant part of our family life; my father John (Foreman Plater), worked there for forty years, I myself worked summer vocations as a General Storeman and s Fitter’s Mate. Other family members also worked there at various times. I could vividly remember watching launches, the sounds and smells.”

“I wrote to the then Executive Director Mr. Milne, explaining that I wanted to document the ordinary and everyday lives of the people, the characters and the general yard environment.”

“I had complete freedom to go where I wanted and photograph whatever I wanted. No restrictions were placed on me, a freedom unlikely to be permitted these days. What is evident now, 31 years later that I was actually documenting an industry that would effectively disappear post-1980s.”

A further 50 of Greg’s Smith’s Docks photographs are featured in the book ‘Life at The Yard: memories of working at Smith’s Dock, South Bank‘ published by Teesside Industrial Memories Project (TIMP). 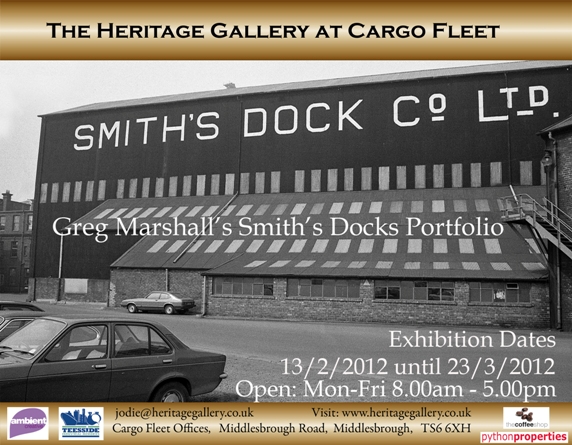