The Gallery at St. George’s House is pleased to present an ambitious new solo exhibition by Janet Brady.

Based in North Manchester, Janet is a fine art painter and printmaker who explores the textures, pathways and colours of our landscape.

After many years teaching herself the basics of drawing and painting, Janet enrolled on several inspiring courses with artists Hazel Campbell, Lee Crocker and Steve Walton. Following this, it was the artist David Tress who ‘knocked me sideways, by the strength of feeling in his painting’.  Janet was already painting with vigour, but Tress’ advice and encouragement propelled her greatly.

Janet fell in love with printmaking from the celebrated printmaker Peter Wray.  He inspired her to develop a striking signature style, which includes building collagraph plates from found objects, hinting at allotments, terrains and flora.

Having attended the Slade School of Fine Art for ‘The Expanded Field of Drawing’ short course earlier this year, Janet returned to London this Summer for an extended term. Janet says of her time at the world-renowned art school; ‘ It has been mind-blowing. There I realised how direct experience really is the key for me – as well as ideas and technique.’

Moving between painting and contemporary printmaking, this exhibition marks the stages of Janet’s artistic journey and anticipates what’s next for this exciting artist.

WILD opens to the public on Wednesday 6 September.
The gallery space is free to visit and open to the public Mondays – Fridays 9-5pm. 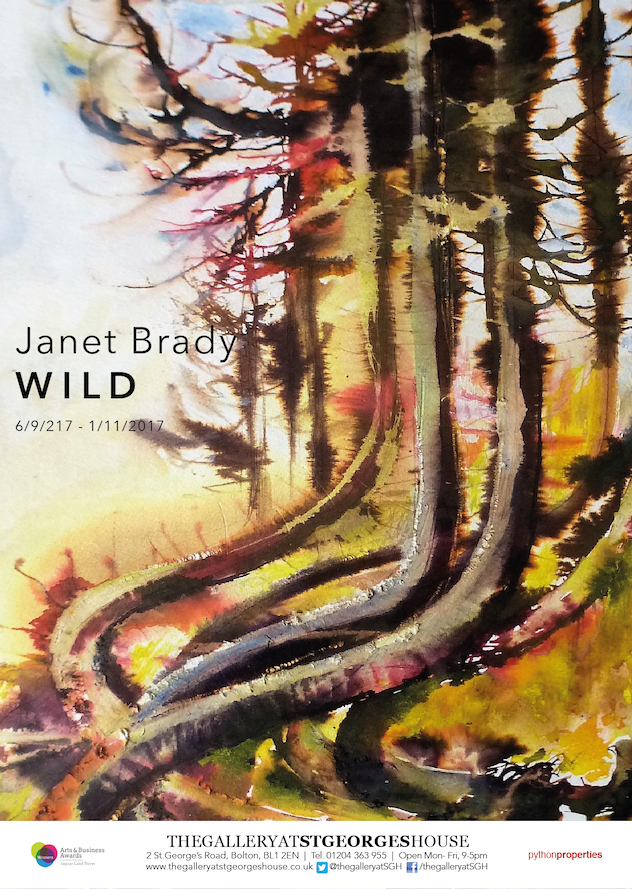