Richard Piers Rayner is Middlesbrough born and bred. A third generation Boro supporter (his Granddad bought a house in Tavistock St because of it’s proximity to Ayresome Park), he’s been attending matches since a 2-0 victory over Liverpool in the old 2nd division in October, 1961. (So he knows what it is to suffer.) He illustrated the 300 pages of the graphic novel Road to Perdition that led to the faithful screen adaptation by Sam Mendes that starred Tom Hanks. His previous credits for the American publishing giant, DC Comics, include work on Hellblazer (for which he won the Best Newcomer Award at the San Diego Comic Convention in 1989), Batman, Swamp Thing, LEGION and Doctor Fate. For Marvel Comics US, he illustrated Captain America: Red White and Blue, and for Marvel UK, Doctor Who: Evenings Empire. He set the latter in Middlesbrough, featuring well known landmarks in the background of the story. Such as, the Transporter Bridge, Linthorpe Rd and Ayresome Park. The villain’s lair is based on the old family home in Linthorpe. This book has recently been re-published by Panini Comics and Rayner has contributed a substantial body of new material. He was Artist in Residence at Middlesbrough Football Club from 2000 to 2016 building up an illustrated history of the club from 1876 to the present that is unprecedented. He also wrote and illustrated Middlesbrough FC: the Unseen History, published by Breedon Books in 2008. 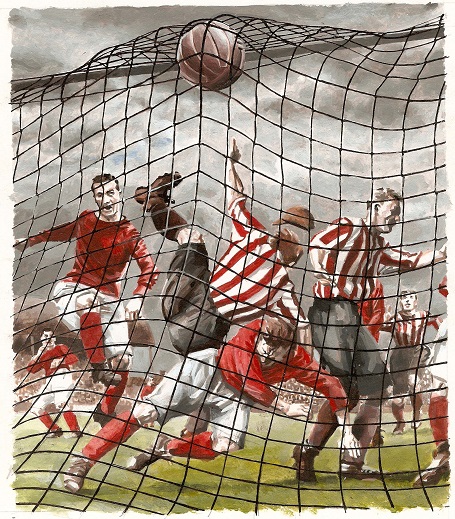